Dawn is fundraising to honor 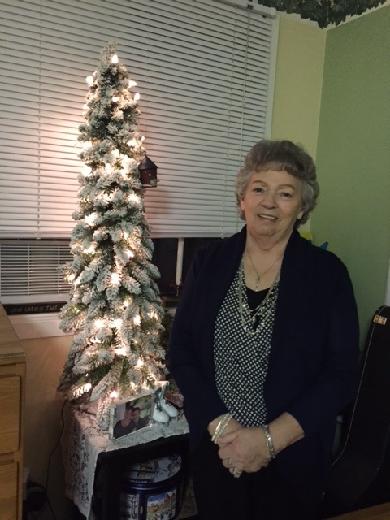 My beautiful mother, Theresa, lost her battle with ALZ in January of 2020. I walk in her memory as well as for the millions of others who suffer from this devastating disease

I hope this note finds all of you well and looking forward to some nice weather!

First and foremost, I want to thank all of you for your continued support.  Because of your generosity, last year Team Don't Stop Believing was the #1 fundraising team and I personally was the top fundraiser in Worcester County. I am also listed as one of the 2021 Nationwide Top 100 Walkers.  Couldn't have done any of it without the love and support I've received from all of you ♥

As most of you know, I was my mom’s primary caregiver for 5 years until she lost her battle with ALZ at the beginning of 2020. She fought like a true champion right up until the end. Even though she lost her fight against this horrible disease, there are still millions of people who need our help.

This will be my 7th year participating in the Worcester County Walk to End Alzheimer's. I'm committed to raising awareness and funds to support Alzheimer's care, support and research.

Alzheimer's Disease is the most common form of Dementia, a progressive brain disease that slowly destroys memories and thinking skills.  Alzheimer's often starts 5, 10 or even 20 years before symptoms appear.  Symptoms usually start with difficulty remembering new information.  In advanced states, symptoms include confusion, mood and behavior changes, and inability to care for one's self and perform basic life tasks.  Alzheimer's is ultimately fatal

Below are some facts about the Alzheimer’s crisis that you may not know:

APPROXIMATELY 5.7 MILLION AMERICANS ARE LIVING WITH ALZHEIMER'S. BY 2050,THIS NUMBER IS PROJECTED TO TRIPLE TO NEARLY 16 MILLION

SOMEONE IN THE UNITED STATES DEVELPS ALZHEIMER'S EVERY 65 SECONDS.  BY 2050 THIS IS PROJECTED TO BE EVERY 33 SECONDS.

ALZHEIMER'S IS NOT JUST A DISEASE OF OLD AGE: 200,000 PEOPLE UNDER AGE 65 HAVE EARLY-ONSET ALSHEIMER;S DISEASE.

IN THE UNITED STATES, ALZHEIMER’S AND DEMENTIA DEATHS HAVE INCREASED 16% DURING THE COVID-19 PANDEMIC.

1 IN 3 SENIORS DIES WITH ALZHEIMER'S OR ANOTHER DEMENTIA. IT KILLS MORE THAN BREAST CANCER AND PROSTATE CANCER COMBINED.

IN 2020, THESE CAREGIVERS PROVIDED AN ESTIMATED 15.3 BILLION HOURS OF CARE VALUED AT NEARLY $257 BILLION.

Once again, I'm asking for your support by making a donation to help the Alzheimer's Association advance research into methods of treatment, prevention and ultimately, a cure for Alzheimer's. For the millions already affected by the disease, the Association offers care, education, support and resources in communities nationwide.

Please help me reach my goal of $10,000 by making a tax-deductible donation. All donations benefit the care, support and research efforts of the Alzheimer's Association — and every dollar makes a difference in this fight.

Thank you in advance for joining the movement. The end of Alzheimer's disease starts with us!  Let’s kick Alzheimer's butt!

With warm wishes and tons of gratitude,