Keely is fundraising to honor 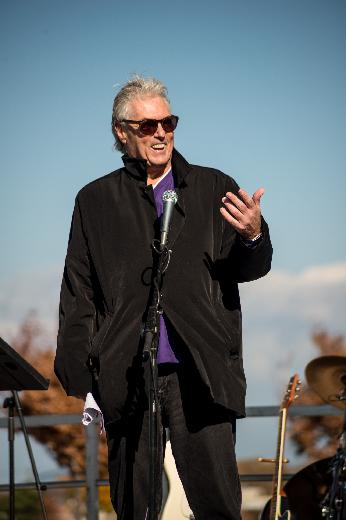 2013 Philadelphia Walk to End Alzheimer's. One of my biggest supporters!

The End of Alzheimer's Starts With Me.

Thank you to those who have come to this page to make a donation in honor of my dad, Big Daddy Graham. Your support means the world to me and I know it would mean even more to him. We started our fight against Alzheimer's because of his mom, Mary Gudonis, who lived with Alzheimer's for 10 years. I am attempting to find silver linings in my dad's passing and the first one that came to mind was he was reunited with my grandmother. He loved her so deeply and just weeks prior to his passing he was still mentioning how much he missed her. I'm sure it was one hell of a reunion. Again, I thank you from the bottom of my heart for your generosity.

I have been in the fight against Alzheimer's since I was 18-years-old when I participated in my first walk, known as the Memory Walk then, with my best friend Jaime. It was a crisp, fall day on the Atlantic City Boardwalk and it was then I realized the severe impact that Alzheimer's had on families. I had decided to fundraise and join the walk because two years prior my grandmother, Mary Gudonis, was diagnosed with Alzheimer's. When facing difficulties, you can often feel alone in your fight and isolated. Logically, you realize that others have shared experiences, but on that boardwalk in 2002, I was finally able to identify with others who unfortunately have become intimate with Alzheimer's.

The sadness of this disease can be overwhelming and the sense of community that these walks bring are a tremendous support and outlet. The people I have met through this journey have been absolutely incredible and I know together we will beat this disease.

Thank you so much for joining me in the fight to #ENDALZ whether through spirit or financially! Sending so much love to all of you!