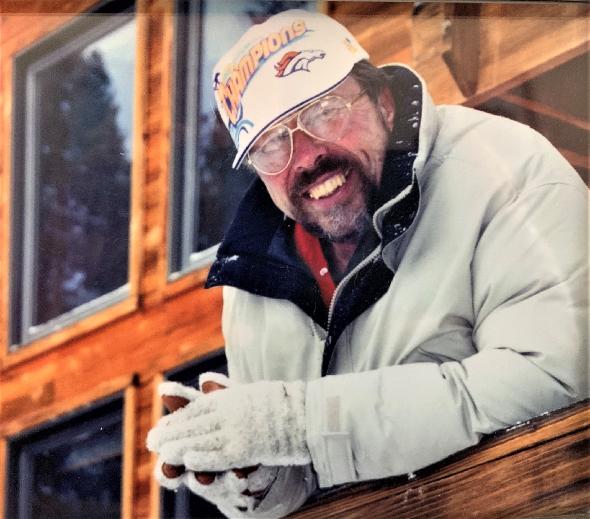 We walk to honor Paul Routzon who was born in Chicago January 19, 1940. His father was a fireman on a steam engine and his mother drove an ammunition truck during the last three years of WW II.  His parents moved to Colorado in 1942 with Paul and his 6 siblings.

Paul attended school at Blessed Sacrament in Denver and was taught by the Sisters of Loretto.  He attended the Benedictine Abbey in Canon City for two years before finishing high school at Mullen.

He worked 5 years as a flat grinder machine mechanic for IBM and then as a painter/paper hangar for about 20 years. He also started a difficult but fun horse & carriage business on the 16h Street Mall.

Paul and his wife, Jeanie, bought and ran a hunting ranch Called Badger Creek in NW Colorado in 2003. They shared many wonderful experiences.

Paul celebrated his 80th birthday last year with friends and many of his 32 descendants. He writes, "In 2021 I was diagnosed with Alzheimer's Disease. I was initially confused, angry and didn't understand it. I am now under a doctor's care and I have a lot of family support. All of my kids have come to my aid. I am very proud and grateful to these five kids, 11 grandkids, 16 great-grandkids as well as my wife, Jeanie. I love them all."

Together, we will raise funds and awareness for Alzheimer's research, support, and care. Join us as we walk sections of the Highline Canal for The Longest Day, June 21st!

Thanks to Our Donors!
Robin Martin
$20