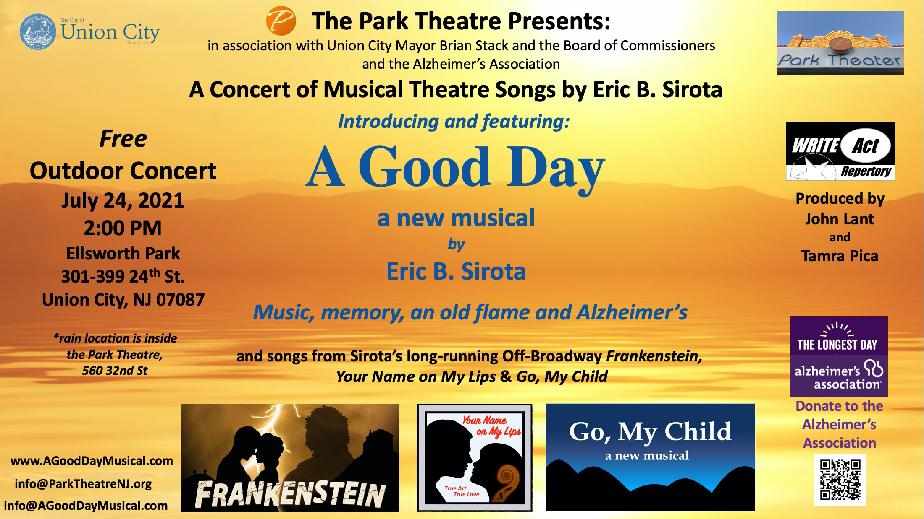 a new musical by Eric B. Sirota

My father had Alzheimer’s.

In his last years, the only way to reach him was through music, singing with him songs he knew earlier in life.

I decided I wanted to write a musical about the power of music to rekindle memory and awaken the mind.

Three years later, I had the opportunity when I received the Denis Diderot Artists-in-Residence grant to attend the Chateau Orquevaux artist's residency in France in 2019.  There, I wrote “A Good Day”.

It is a work currently in development and we will be having a concert performance of many of the songs as part of The Longest Day, outdoors at Ellsworth Park in Union City, New Jersey on July 24 at 2 PM.)

Admission is free.    Donations to the Alzheimer's Assoc. would be appreciated.

For more information about this work, please contact me.