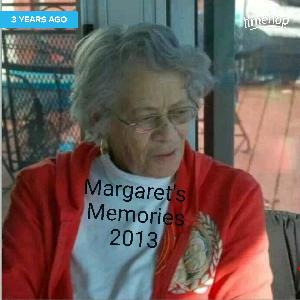 Margaret B. Tibbs lost her battle to this illness on October 11,2013. She understood at the beginning of this battle that there was nothing that anyone or any medication could do to heal her...but she also knew she was not alone...she had her family..she would have her moments where she would say you INSPIRE ME 365..Little did she realize she had also Inspired us.. To continue this fight for her..and until we take my last breath I will fight this battle in her memory. her favorite saying was (INSPIRE365) and we will do this. Alzheimer’s disease is relentless. So are we. Join our team for the Alzheimer's Association Walk to End Alzheimer's®, the world’s largest event to raise awareness and funds for Alzheimer’s care, support and research.