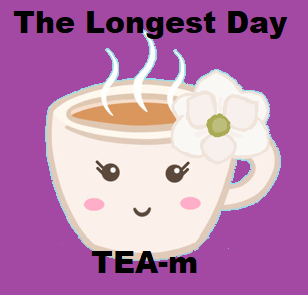 At the beginning of 2020, I lost both my Grami and Gramps to dementia and Alzheimer's.  My sister and I were very close to them, playing at their house or going to the beach for adventures.  Seeing both my grandparents start to forget who I was, or worse my mom and her sisters, was one of the hardest things I have ever experienced. It hurt to see them sink into themselves and become almost a shell of who they formerly were.

No matter what, my family and I were there for them.  We would come play games, we would talk, we would watch movies, just to be with them.  There were times where we could see a spark in them, a glimmer of who they truly were.  Those moments I treasure and hold close because I knew they were still there deep down and felt our love for them.

We can help fight the fight of Alzheimer's and help others who need it most.  As all of you have supported me, let's share the support and show them what ColdTeaGamings TEA-m can do!