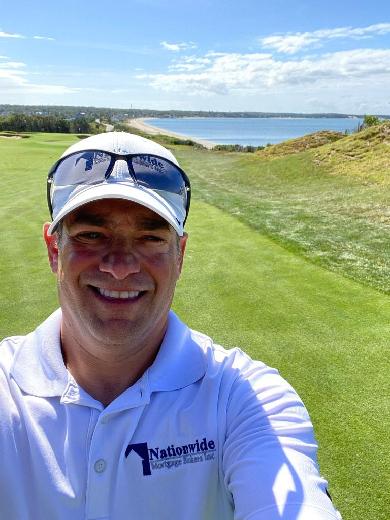 Thank you for all of your support the past two years helping me to raise money and awareness for the Alzheimer's Association.

Here is my story

Most of you know that I lost my dad in 2018 and for those that knew me growing up, you know that my dad was of the hardest working men.

At age 62, my dad was forced to change careers just prior to 9-11 and he got into the mortgage business and after learning for a bit was given a chance to work at Wells Fargo. Dad became a top performer in the region and I joined him 2007 to team up and they called us the Tollin brothers. My dad was well liked and it was a very special time working together.

One of my best early memories of my dad is he would arrive late to one of our baseball games in a suit and tie. He would then hold everyone's attention on the sidelines with one of his stories.

My dad told the best stories/jokes.

My dad worked hard but never changed his diet, smoked a bit too long and he did it his way. We all respected that in the end. Dad always told me that you can walk across the street and get hit by a car.

My dad fell ill in 2017 and had to have an emergency surgery on his abdomen. After several weeks of being in an induced coma, he awoken before me and softly mouthed while being intubated what happened?

With a smile and tears rolling from my eyes, I told him you got hit by a Fuc&*ng Truck.

About a year later after many physical battles, my dad's body was tired and it was time for him to go..

My mom was not shy as well. My brothers and I could recall cringing when my dad received the telephone bill in the mail. Enough said.

My mom was a great mom shuffling my brother's and I to all of our sports practices and later getting a job with the state. My mom worked at Stonybrook University and then the purchasing department for Stony Brook Hospital. She typed 90 words a minute and was a legal secretary prior to getting married at 19 years of age.

Anyone who met my mom knows they better be ready to answer some questions and lot's f them. You better know who you are and everything about your family. You better be prepared. My mom had a great sense of humor as well and I guess she needed to , raising the four of us.

Fast-forward and unfortunately my dad never really got the chance to enjoy the fruits of his labor and now my mom cannot as well. Mom took care of herself physically her entire life, but after my dad's death she has been stricken with this awful disease.

I believe the depression of my dad's loss and the fact that they spent 60 years together has contributed to our moms early onset of dementia. Now my family and I navigate the assistant living world as we aim to keep her as happy and safe as possible.

Thank you FB friends and family and I look forward in your continued support as I will fight each year to continue to raise money for research and to recognize all of our caregivers always.

Robert, Rob, Bob, Bobby, however you know me:)