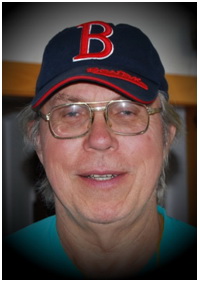 Our loved one Charles, or Chuck as most knew him, became 'lost' when he was just 69 years old and in the early to mid stages of Alzheimer's Disease. As a physically fit, independent, cross-country trucker all his life, he did not take well to the limitations that Alzheimer's disease placed on him, and he wandered from his home on May 2, 2008. After 2 1/2 years as a missing person his remains were found by a deer hunter just 1.7 miles from his home in Belmont, Maine. This was a torturous time for his family to live trough, and because of it, they hope donations in Chuck's name to the Maine Alzheimer's Association will help to one day find a cure for this dreaded and debilitating illness.
A memorial service in Chuck's memory is planned for August 20, 2011 at the First Baptist Church, 95 High Street, Belfast, Maine.
Thank you for your support in donating to Alzheimer's. The family of Chuck Springer.