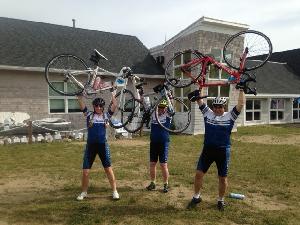 There is strength in numbers, and joining Seaport's Ride to End Alzheimer's team is an impactful way to make a difference in the fight against Alzheimer's!  This is the sixth year that Seaport has sponsored a team that is dedicated to fundraising (while having fun!) for a valuable cause.

Together, we can advance research to treat and prevent Alzheimer's, and provide programs and support to millions of people affected by the disease.  We hope you will join us!