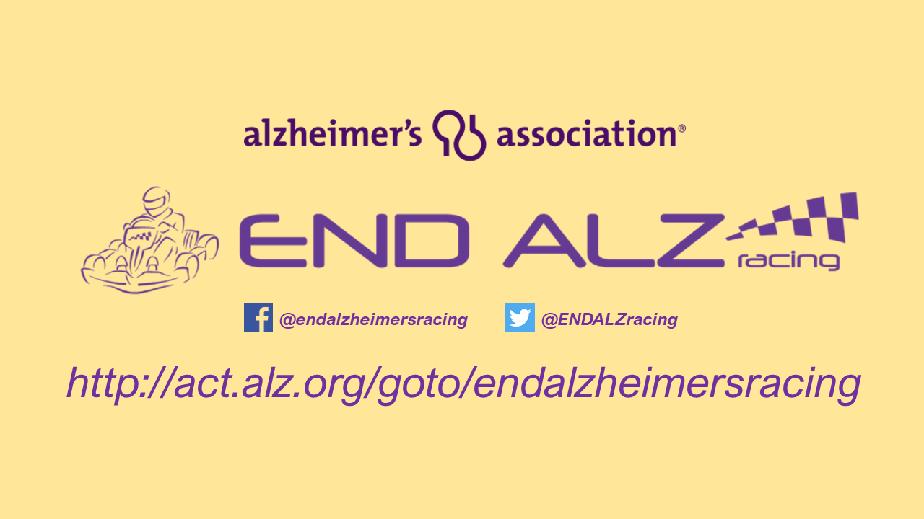 Two years ago, a father/husband/father-in-law/grandfather passed away after a lengthy battle with Alzheimer’s disease. His family channeled their grief into action, fully committing to the battle against this terrible disease that so greatly affects not only the patient but the entire family as well. The disease is a 24/7 struggle, and this family will continue to fight by doing what they do best – motorsports.

End Alzheimer’s Racing began in 2019, as father and son duo Bill and Alex Slupski – both experienced kart racers who also work in sports car racing part time – began raising funds through karting and other motorsports events throughout the year.

The team will concentrate its major efforts this year on major karting endurance races. While the team will also compete in other shorter races throughout the season. The concept of endurance racing directly aligns with the team’s focus on support for the Alzheimer’s Association, specifically the Longest Day campaign.

While the 2023 schedule is not out yet, the team expects to once again compete in the 14 Hours of Bushnell, the Simcraft 24, and the 24 Hours of America.

In addition to the team’s own racing efforts, the End Alzheimer’s Racing logo will also be featured on the Stoner Car Care Aston Martin Vantage GT4 sports cars run by Automatic Racing in the IMSA Michelin Pilot Challenge Series.  If you are at an IMSA race this year, please come by and say hi. Free team stickers and magnets are available!

End Alzheimer's Racing welcomes and greatly appreciates any companies wishing to partner with the team for the 2022/2023 season, or for specific races. Our team has been very active working with local media outlets to help spread the message about Alzheimer's, so this is a good opportunity to get your company's name out there in support of a great cause.

All funds raised through our sponsors and partners go to the Association, as our team pays for all of our own racing expenses. And, 100% of your donation through this site goes directly to the Association to support their mission.

Finally, End Alzheimer's Racing is now a registered non-profit corporation in the state of Florida.  We are currently working on our 501(c)3 status with the IRS, which will give us additional flexibility and credibility for our fundraising efforts.