Jen is fundraising to honor 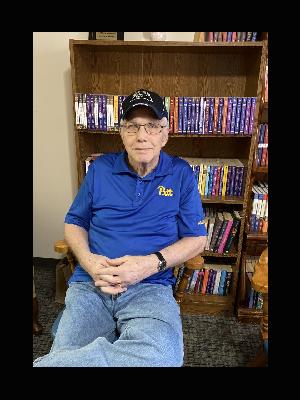 I am walking in honor of my Dad, Wayne Fahnestock, who passed away earlier this year on May 5th after battling dementia for several years. If you a few minutes, please feel free to read the words I shared at my Dad's memorial service which (as much as possible) explains what my Dad meant to me:

When my mom first mentioned that we would have an opportunity to speak at my Dad’s service here today, I was initially very resistant to the idea. My thought was that there were no words I could express that would adequately capture the person who my father was and how much he meant to me. I convinced myself that I could never convey the depth of our relationship nor the magnitude of this loss – so why try?

I sat with this. I thought about it, and I realized, from the time that my Dad received his diagnosis up until the time that he passed away, I rarely spoke about him or his disease. This was mainly because it was too painful to articulate what it was like watch this man, my Dad, who I admired more than anyone else in this world, slowly lose so many of the things that made him, him.

But, even though it is painful, and even though my words may be inadequate, my Dad deserves to be talked about and remembered.

When I think about my Dad, he was collection of paradoxes, in all the best ways. He was analytical, but gracious. He was strict, but kind. He had high expectations, but he was also forgiving. He was smart, but equal parts silly.

During one of my last conversations with my Dad, I told him that I believe there are a lot of good parents in this world. I also told him that he was not one of them – he was not good, because he was exceptional. For me, the demarcation point between a good parent versus an exceptional parent is often something that is felt, but not always seen.

One thing to remember about my Dad is that his kids never had to guess exactly how he felt about us. My Dad had no problem consistently telling us how much he loved us and how proud he was. He told us, he told my mom, he told my grandma – he told the grocery store clerk. Actually, this is not a joke. When I was home from college, my dad took me to the local Shop N Save to introduce to me to the employees. He wanted them to meet his daughter.

When I was applying to law school, I was patiently waiting to see if I was accepted to Pitt. I am confident that my Dad earned himself a reputation at Pitt Law because he called or email the admissions counselor at least every other day to check on the status of my application – and to let them know what they were missing. I don’t know if it was because of me or because or him, but, spoiler alert – I was accepted.

Then, when I was in law school, my Dad called a former colleague, who was a practicing attorney at the time, and told this attorney about his daughter. I got an interview at a firm. Over ten years later, I am still there, now a Partner.

Before my Dad became unwell, very rarely would a day go by that I did not receive either a phone call, text message, or email from him to tell me he loved me, just to talk, or to report on how many miles he ran at the track. I don’t think a weekend went by where Andrew and I didn’t get an invitation to dinner, with a fully planned menu– only top-quality cuts of meat, of course.

I mentioned earlier that my Dad’s disease took a lot from him, but it did not take everything. My Dad always remembered who we were and how much he loved us. Up until his very last days, my Dad did what he could to let us know how he felt. In the week before he passed, I remember leaning over his bed with my brother JD, and telling him that JD was about to get Master’s degree. He couldn’t say much at this point ,but he turned to JD with a look of adoration, and stuck out his hand to shake my brother’s hand. The day before he passed, I walked into his room in the morning. He looked up, smiled, called me by his nickname for me, and started clapping.

He was my #1 fan, my biggest supporter, my ally, my confidant, and my friend. Time and time again my Dad always put his children’s needs ahead of his own. My Dad not only told me that I could do anything I put my mind to, but he made sure believed it. I am the person that I am today because of my Dad. His selflessness taught me my self-worth.

So, what’s the takeaway, here? Invest in people; invest in your relationships. Spend time together. Unabashedly show people you care about them; tell your people you love them. That’s the legacy that my Dad left, and that’s what I will remember most about him.