Make a general donation to the 2021 Walk to End Alzheimer's - Tulsa, OK

Dan is fundraising to honor 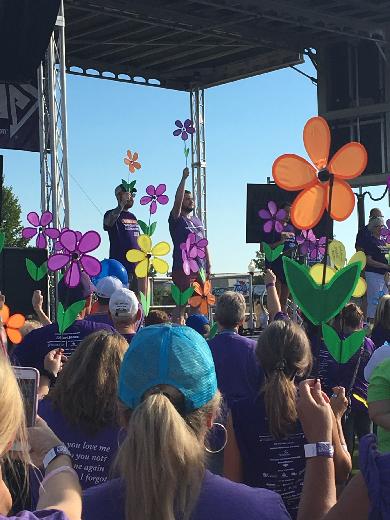 When I was 14 years old, my grandfather, Morris Pollak, passed away while suffering from Alzheimer's disease. We didn't live in the same state so I only got to see him twice a year. Nevertheless, I have many memories of time spent duckpin bowling, whining that I was bored during Baltimore Orioles games, and reading the funny pages.

Pop used to tell me that he once called the editor of the newspaper and accused him of reprinting the same cycle of comic strips every few years. He said the editor confided in him that this was true and most people didn't notice. He would tell me that story as I read the comics after breakfast the first morning of each visit. He would tell it again the next day too and every day after that. Sometimes he would tell it twice in a row. As a child, I thought this was just Pop's sense of humor. In retrospect, I realize this was actually a result of his disease.

In 2021, more than 6 million Americans are living with Alzheimer's. Many of those people have grandchildren. Those grandchildren deserve a chance to create new memories that both they and their grandparents can retain and cherish.

More than 20 years after Pop's passing, I'm honored to serve as Team Captain for Glacier Chocolate's newly formed Walk to End Alzheimer's team. I hope you will consider making a donation to my walk page or sharing my page on your own social media.