Alicia is fundraising to honor 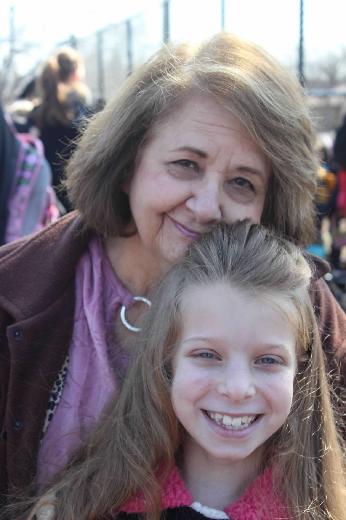 Nana and I always had a special bond. Inseparable since I was nine weeks old, it was at Nana's home that I stayed at while my mom was at work. Together, we did everything, from making crepes as an after-school snack, to working on puzzles and crafts, to painting my nails (just to name a few). I was with Nana when she led the group at her church that made sandwiches for the Night Ministry, and when she went out shopping for hundreds of warm winter items to support those out in the cold. All of this came to a slow stop when Nana was diagnosed with Alzheimer's in 2017. After picking me up from school every day for twelve years and attending every Friday chapel among countless other events, she was unable to attend my eighth grade graduation because she was in the hospital. I visited her there in my cap and gown, and she broke into tears, sobbing, knowing, even with a failing memory, what she had missed. Nana became incapable of walking, despite tremendous effort. She later lost her ability to communicate with us, and began struggling to recognize our family, including her husband of 53 years.

Nana passed away this June. I wish that I could say that she was herself all the way until the end, and that her disease never got so bad, but that was not the case. In reality, I feel as though I have been mourning the loss of Nana since she was diagnosed with Alzheimer's in 2017. With each passing day, some part of her was not there anymore. But we still had hope: hope that she might get better, or that a cure would be found. While Nana did not live to see this cure, I believe that there is one out there. That's why I walk to End Alzheimer's: to find a cure before anyone else is affected. Because we all know that it's not just your loved one who is affected by Alzheimer's, but everyone around them who sticks by their side while they fight.

Nana was my hero, and I wish I had realized that sooner. She was irreplaceable, and I miss her constantly. Please, help us find a cure for Alzheimer's. While a cure will not replace what this disease has taken away from me, my family, or any of the other people who have been touched by Alzheimer's, it will help us to stop this disease in its tracks and prevent it from reaching anyone else. Your generous contribution - whatever it may be - will give hope in a place where there is very little, to all of those affected by Alzheimer's disease. Thank you for your support!