Make a general donation to the 2021 Walk to End Alzheimer's - Coachella Valley, CA 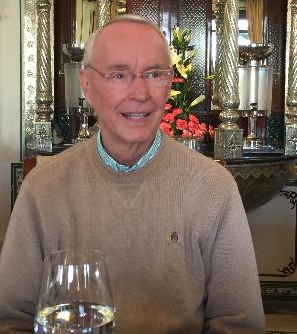 Terry, my Courageous Partner and Spouse of 30 Years

Mail-in donation
My name is David Ponsar and I'm supporting the "Wednesday Warriors" team for the November 14, 2020 Walk to End Alzheimer's Coachella Valley event.  I'm walking to support and honor my partner and husband of 30 years, Terry Anderson, who has Alzheimer's, and for all other families who are affected by this disease and other types of dementia.  From 2017 until 2019 Terry and I completed more than 30 round-trip drives of 232 miles each to USC Keck Medical Center's Alzheimer's Disease Research Center so that Terry could contribute to efforts to find a cure by participating in a clinical trial for a potential new drug.  The drug was initially deemed to be unsuccessful in March 2019 and the trial stopped.  Later, however, after further data review, indications showed that the drug could be effective when administered in higher doses.   We are looking forward to re-joining the trial and re-starting the experimental drug as soon as November 2020.  Our journey began with Terry's diagnosis in 2015 and since then we have learned that Alzheimer's patients need more education, support, and additional services than our medical system is able to provide.  The Alzheimer's Association helps to fill this gap.  Further, additional research is needed to find a cure for this horrible illness.  The Alzheimer's Association is the largest funder of Alzheimer's disease research around the world.  Please join me in support of this year's Walk to End Alzheimer's to support the vital mission of the Alzheimer's Association for Terry and future generations to come.
View More
Join My Team Donate Now