Make a general donation to the 2020 Walk to End Alzheimer's - South Sound, WA

Jody Metzger is fundraising to honor 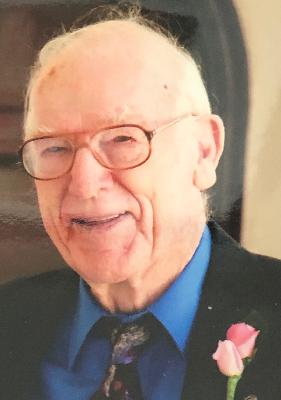 Les Metzger lived a life of service that spanned many years and helped thousands of people thrive.  From his service to this country as a mine-sweeper in WWII, to raising a happy family, educating and lifting up students as their teacher, coach and principal, to his community service at St. John's Episcopal Church, Olympia Kiwanis, and the Olympia area Salvation Army Les put others and his country first.  He was afflicted with Alzheimer's disease for the final 7 years of his life.  Knowing his commitment to service I believe he would happily donate and shake others down for money to support the Alzheimer's Association and end this debilitating disease once and for all.

On Les Metzger's behalf, I am imploring you to step up to this cause, donate generously, join our team and walk with us, and invite others who knew Les or who have family and friends who have lived with Alzheimer's Disease to donate.

I'm part of leading the way to Alzheimer's first survivor by participating in the Alzheimer's Association Walk to End Alzheimer's®. Currently, more than 5 million Americans have Alzheimer's and that number is expected to grow to as many as 16 million by 2050. Our future is at risk unless we can find a way to change the course of this disease.

Together, we can end Alzheimer's disease. Please make a donation to advance the care, support and research efforts of the Alzheimer's Association. Thank you for joining the fight against Alzheimer's!  Les Metzger says, "well done!"