Make a general donation to the 2020 Walk to End Alzheimer's - Jacksonville, FL

Teryn is fundraising to honor 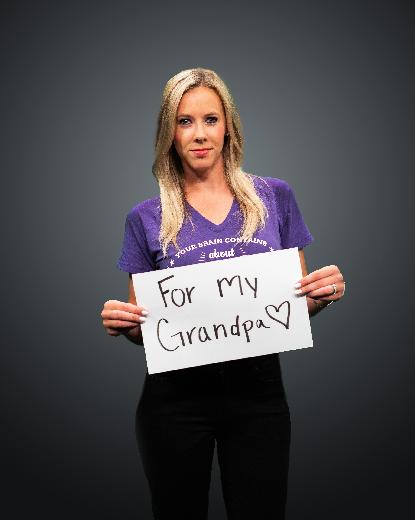 I'm honored to emcee the Jacksonville, FL, Walk to End Alzheimer's for the third straight year. I walk in memory of my late grandfather Frank Miller, who lost his more than 10-year battle with the disease in 2016 and all those at the PGA TOUR and the golf world that have joined our cause.

I fight for him and the more than 5 million Americans that currently have Alzheimer's. It's staggering to know that number is expected to grow to as many as 16 million by 2050.

Together, we can end Alzheimer's disease. Please make a donation to advance the care, support and research efforts of the Alzheimer's Association. All of us golf fans can do our part to give back and #LiveUnderPar. Thank you for joining the fight against Alzheimer's!