Make a general donation to the 2020 Walk to End Alzheimer's - Fairfield County, CT

Cheryl is fundraising to honor 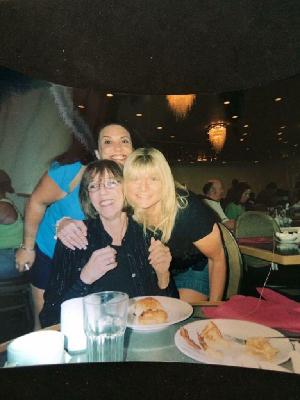 Since I was 13 years old, I had Bobbi and Freddi in my life.  They were family to me.  I always had a second home with Freddi.  There was an always an open door, there was always an extra plate of dinner set aside for me, there was always a bed to sleep in, laughs and a place to go when there was no else.  I had a ride if I called for one. I was considered the other child.

As we (Bobbi and I) grew up, and lived together, Freddi never stopped caring. From bingo halls to casinos, to road trips, to sending funny cards, to drinking by the pool, to prank phone calls, to multiple weddings..... there is so much to remember!

Sadly, we have only memories now, as we lost Freddi a year ago. I miss her.  I could not bring myself to visit her at the end.  I wanted only to remember her as the fun, animated, loving person she was.  I know there was nothing we as individuals could have done. We aren't the only family in this fight, but it can feel very lonely.

I'm leading the way to Alzheimer's first survivor by participating in the Alzheimer's Association Walk to End Alzheimer's(R). Currently, more than 5 million Americans have Alzheimer's and that number is expected to grow to as many as 16 million by 2050. Our future is at risk unless we can find a way to change the course of this disease.