Make a general donation to the 2020 Walk to End Alzheimer's - Coachella Valley, CA

Tracy is fundraising to honor 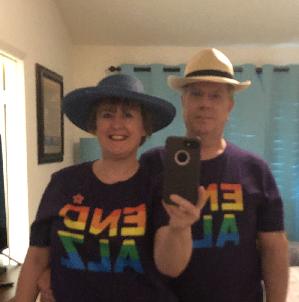 Join Alan and I in the fight to end Alzheimers.

Please join Alan and I as we raise funds by walking in the annual Alzheimer's Association Walk to End Alzheimer's.

We are walking in memory of Alan's fierce and feisty Grandmother who spent 10 years gradually disappearing into herself and also to honor Alan's mother who worked so hard as her caregiver.

More than 5 million Americans are living with Alzheimer's and that number is expected to grow to as many as 14 million by 2050. Our future is at risk unless we can find a way to change the course of this disease.

The Young Ones
Join My Team

View: The Young Ones
Join My Team