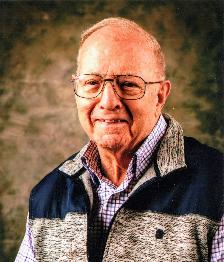 Jack Callander passed away at the age of 78 on Thursday, September 10, at Alta Vita Memory Care Centre in Longmont, CO, after a long struggle with Alzheimer's Disease.

Jack was born in Troy, New York, first son of John and Nellie. He attended Syracuse University where he received his undergraduate and graduate degrees. He began his career in 1966 as a civilian employee of the Air Force, working at Griffiss Air Base in Rome, NY. In 1978, he moved to Washington, D.C. to work for the Department of Defense. After twenty years with the federal government, Jack continued his work in the private sector.

Married to Enid Whipple Callander in 1966, they first lived in Oneida, NY, and moved to Burke, Virginia, in 1978 where they resided until Jack's retirement in 2001. They then built their timber frame "dream house" and woodworking shop in Markham, VA, in the Shenandoah Valley, where he made furniture for friends and family.

As a member of Leeds Episcopal Church, Jack served as junior warden overseeing the refurbishment of the church, participated in mission trips to Pine Ridge Indian Reservation in South Dakota, and took part in building a Habitat for Humanity home.

In 2013, they moved to Broomfield, Colorado, to be near their son and family.

A memorial service for Jack will be held at a later date with inurnment of ashes at Leeds Episcopal Cemetery in Markham, Virginia. Jack's family asks that all who wish to share condolences and memories do so at https://horancares.com/obituary/john-ross-callander. Contributions to help find a cure for Alzheimer's in Jack's memory may be made here.