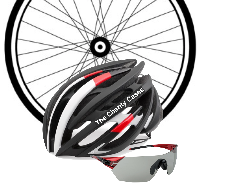 We Ride To Help Others!

My mother and I have always been very close. She was called "Mom" by all of the neighborhood kids, and 50 years later, that's what most of them still call her. I have so many stories that I will be sharing through social media in the coming days and weeks. I hope that you will discover the treasure that is Christine Holdford (Krank), as it is in her honor that I'm trying to raise money for the Alzheimer's Association.

Mom was 75 when she finally retired from serving rural Arkansas and Louisiana for more than 30 years. She was married to a Missionary Baptist Preacher, and she taught Sunday school for over 50 years. Hundreds of children's lives were touched by her love while listening to her bible stories. When she retired, I was excited that she would be able to spend lots of time with her kids and grandkids. It was only a few months later, when my mother was diagnosed with Dementia. Her precious memories were being stolen from her one at a time. My amazing wife, Joy and I tried to care for her ourselves, but eventually we had no choice but seek the assistance of assisted living.

Few experiences in my life left me feeling more helpless. We do everything we can to make sure she is loved and cared for... but every day she loses more of those precious memories.

Three months ago my close friend and life coach, Steve Biermann, called me with the news that his mother had been diagnosed with lung disease. Steve is an experienced cyclist with over 2000 miles per year on his bike, and he had the idea to raise some money by riding. We both felt helpless with our mothers' conditions and this was a way for us to do something about it. I had almost no miles on my bike and hadn't worked out regularly in several years. But there isn't anything that I wouldn't do for my mom! So we formed The Charity Cases Cycling Team and committed to ride over 250 miles in five days in the Tour Du Nebraska, and raise money and awareness for charity. Steve has been helping me train, and on June 21st, I will attempt ride about 50 miles per day for 5 days! I will be riding in honor of my mom, and hope you will take the time to donate to the Alzheimer's Association, in honor of Christine Holdford (Krank). With your help, WE CAN DO SOMETHING ABOUT DEMENTIA!