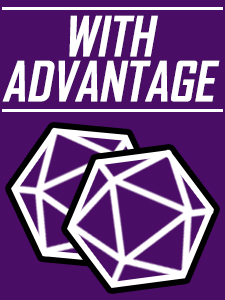 Eight years ago, Kenny was diagnosed with Early Onset Dementia, and over time, had gotten progressively worse. The past 6 months, he has spent it in a hospital bed, declining rapidly until his passing on June 18th, at the age of 66.

In honor of Kenny, and the 80 thousand plus that die every year from Alzheimer's, we have organized a tabletop roleplaying game event called "With Advantage". The charity event where members of our community come together, play this game we all love to play, and raise money for this incredible organization.

The event will be a series of one-shots games, played with one simple rule change. For every $10+ donation taken during the stream, the players can choose to take their next roll at advantage.