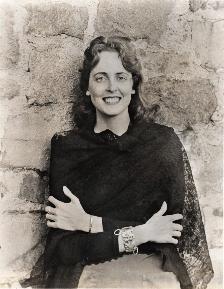 Virginia "Ginny" Burns Kelly passed away on Sunday, January 17, 2016. She is survived by her seven children, and eleven grandchildren.

Ginny was born in New Rochelle, New York on August 2, 1935. She graduated from Trinity College in Washington DC in 1957. After college she graduated in 1959 from the American Academy of Dramatic Art in New York City and received its prestigious Jehlinger Award. She met her husband, Tom, at the Casino Theater in Newport, RI; they were married in 1960.

In 1969, Tom and Ginny moved to Manhattan Beach, CA. Ginny was a super-mom, nurturing her seven children through myriad intellectual, athletic, and creative pursuits. The center of her community life was her Manhattan Beach Catholic parish, American Martyrs. She leveraged her talents and training in theater, writing, and music and produced several original musicals performed by parish children and adults including "Way of the Cross".

For seven years, Ginny endured Alzheimer's Disease with courage and dignity. Even during that period of time, as always, she was sunshine, optimism, faith, gentle kindness, wit, creativity, and love.