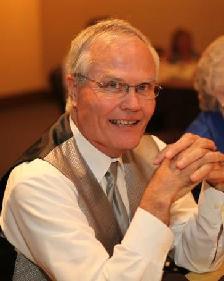 Francis Patrick Talty, age 67, of Carrollton, Texas, passed away on November 25, 2017 after a long battle with Alzhemier's disease. A memorial rosary will be held at 10:00 AM followed by a funeral Mass at 10:30 AM, Friday, December 1, 2017 at Mary Immaculate Catholic Church in Farmers Branch.

Fran was born and raised in South Buffalo, New York. He moved to Dallas, Texas in the 1970's where he met his wife of 36 years, Joan. They married at St. Rita's Catholic Church in Dallas, TX in 1979. Fran always had a heart for service teaching swimming lessons to handicap youth in Buffalo and volunteering for many years with Metrocrest Social Service Center here in the metroplex. What started as a simple gesture of donating 30 turkeys one Thanksgiving turned into many years of volunteer service, leadership and changing how Christmas donations and distributions were run. His goal was to give more organization to the process and dignity to the families in need. Fran's passions in life were his family, his faith, and his toys-racing sailboats on Lake Erie, spending summers on the Texas lakes with his kids, and working on or cleaning his cars. Fran spent his career as a salesman in the hardware industry eventually owning and running his own manufacturer sales rep agency, The Advantage Group. His family takes comfort knowing that Fran and Joan are reunited in heaven along with loved ones.