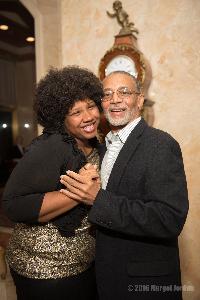 In loving memory of Mr. Jackson

Your friends at Finn Partners Asia

After a 15-year battle with Early Onset Alzheimer's, Dwight Jackson, loving husband, father, brother and friend, peacefully passed away on Saturday, July 4, 2020 at the age of 66 at home in Pinehurst, NC. He was the husband of Gail Lucretia Moore and they shared 36 years of loving marriage together.

Born in the Shaker Heights neighborhood of Cleveland, Ohio, he was the youngest of six children born to George and Laura Lou (Fairrier) Jackson. Dwight was a stellar student and athlete, attending Baldwin-Wallace College in Brea, Ohio, where he earned his Bachelor of Science degree in Biology and played on the tennis team. After completing his formal education, Dwight worked in Pharmaceutical Sales for over 30 years.
While continuing to live in Ohio, he was set up on a blind date by friends with the love of his life, Gail. Being the avid tennis player that he was, he invited Gail to accompany him on the road to Kentucky for a tournament he was playing in that weekend. She agreed, and the two were inseparable. They were married and spent their first years of marriage in Columbus, Ohio, and later moved to Upper Montclair, NJ where they raised their children Laura and Dwight.
Deeply rooted in faith, Dwight was an active member of Trinity Episcopal Church in Montclair, where he served as Senior Warden, and Christ Episcopal Church in Bloomfield & Glen Ridge. He will be remembered for his charisma, caring and nurturing spirit, his unending thirst for knowledge, his positive contributions to his community, his passion and love for the games of golf and tennis and his ability to make everyone around him feel loved, respected and accepted no matter their circumstance.
He is survived by his wife Gail, children Laura (Kenneth) and Dwight (Anna), grandson Cameron John, sisters Melvia Turner and Sharron Jackson, brother-in-law David Wright (Cynthia) and a host of nieces, nephews and cousins. He is predeceased by his parents Laura and George Jackson, brothers George, Lawrence, and Steve Jackson and Father and Mother-in-law Clifton and Permelia Wright.

In lieu of flowers, memorial donations can be made to the Alzheimer's Association by clicking the donate link below. Please continue to support the fight to find the first survivor. Dwight lost his fight but we will continue to work towards finding a cure in his honor.