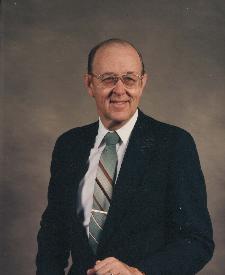 He was born Archie Lee Black on May 13, 1929 to Thomas Howard Black and Myrtle Dear Black in San Antonio, Texas. He grew up in the Great Depression with three siblings in a 2-bedroom frame house built mostly by his father near the Sunny Slope section of that city.

Arch and his beloved wife, Royce 'Kate' Bullard Black, were long-time members of Baptist Temple in San Antonio, Crescent Park Baptist Church in Odessa, Texas and First Baptist and Southland Baptist churches in San Angelo, Texas. Arch was known for his engaging and entertaining Sunday-School classes and was a positive influence on many lives. Both Arch and Royce centered their lives around family and service to church and community. They also enjoyed gathering with friends and family, particularly when it involved iced tea, coffee, and the domino game "42"! He volunteered his time with countless organizations including United Way, Rotary Club, Tom Green County Library Board, San Angelo Board of City Development, Salvation Army, Girl Scouts, Fiesta del Concho, Concho Valley Regional Food Bank, and Howard College San Angelo Foundation.

His son Jimmy remembers him this way: "white dress shirt, dress slacks, dress shoes, bald head, athletic build, room-filling personality, and delight in the laughs of family and friends. Many of these laughs were responses to his witty sense of humor and his appreciation for human foibles, especially the deeds of scoundrels."

His daughter Kathy remembers: "Family vacations with Dad were joyful. Once we got on the highway, he would suddenly break out in song! Selections included 'Onward Christian Soldiers' (complete with vigorous hand movements), 'Texas Our Texas', and many other rousing numbers, to the infectious delight of us all."

His daughter Judy remembers her dad as "a once-aspiring commercial artist who chose the safer route of becoming a businessman. It was definitely the right choice for him. Throughout his life, he loved sports, particularly softball, table tennis, golf, and tennis. To his chagrin, none of his children excelled at sports, but we all appreciated his love for competition and excellence."

His sister Evelyn remembers "Archie often teased me, for example, when I refused to disobey Mama by crossing busy, four-lane Rigsby Avenue with him and our brother Raymond, both of whom paid little heed to Mama's rules. But he and Raymond also patiently taught me how to ride a bike, walk on stilts, and climb trees. The two of them, only a year apart in age, were inseparable then and are much missed now."

In his later years, Arch suffered from severe dementia, which robbed him of beautiful memories of a very rich life. He would have wanted to help in the fight to prevent others from suffering from the same disease.