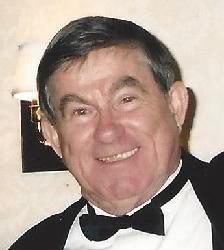 It is with great sorrow that we announce the passing of James MacDonald Putman (Jim) on December 18, 2018 at the age of 80 years old. He leaves this earth to join his Heavenly Father and will be missed dearly by many faithful friends and family.

He was born February 23, 1938, in New Madrid County, Mo., to the late Marlow and Margaret Putman. Jim was the beloved husband of Lynn Putman; loving father of Tiffany (Pavan) Malhotra of New York, NY and Krystal (Martin) Putman-Garcia of Washington, D.C.; dear brother of the late John Putman (survived by Sherrie) of Elkhart, IN; and loving grandfather of Isla, Sebastian, Alexandra and Mina.

Mr. Putman graduated from the Southeast Missouri State University in 1959 and shortly thereafter, served as a medic in the U.S. Army Reserve. Jim worked as a financial consultant for the majority of his career, most recently at Oppenheimer & Co.

Most importantly, Jim loved (and was loved by) people of all kinds. He never met a stranger and had more friends than could be counted. Jim was an active member of the St. Joseph's Catholic Church in Clayton, Mo. and an active contributor to the United Service Organizations (USO).

He will never be forgotten.