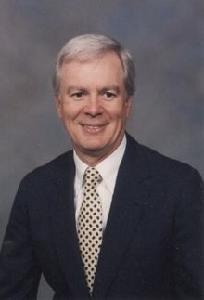 He was a native of Brevard, North Carolina and a son of the late Jefferys Ashe Macfie and Rebecca Summey Macfie.

He was a 1960 graduate of Clemson College with a BS in chemistry. During his Clemson years, he was in the Phi Kappa Phi Honor Society, Blue Key, Tiger Brotherhood, Judicial Council, and was the Director of the 1st Tigeramma. He was a 1964 graduate of the University of North Carolina School of Medicine, and he served his General Surgery Residency and Endocrine Fellowship at UNC Chapel Hill.

He was also a member of the Greenville Country Club, the Sapphire Lakes Country Club in Sapphire, N.C., the Carolinian Debutante Club and the Beaux Arts.

Dr. Macfie was a member of Fourth Presbyterian Church.

The family would like to express deep gratitude to the staff at National Healthcare in Mauldin for the loving care given to Mose.