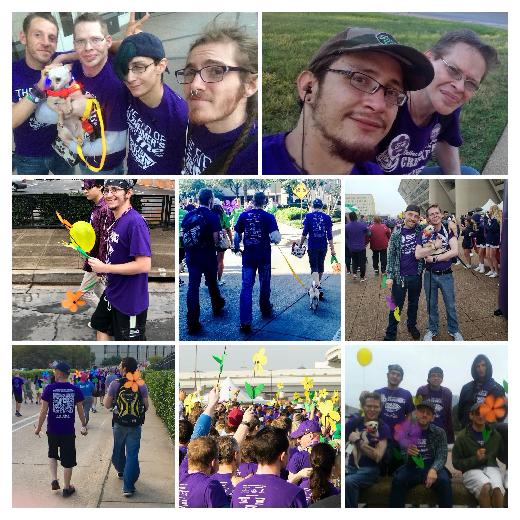 Dallas Universal Life Church Crusaders sponsored by Kool McKool Domain Services is walking to honor the memory of Vira Evelyn Miller McKool, our Team Captain, Mark Manning's grandmother, who lost her battle with Alzheimer's on December 14, 2019 at the age of 92. This is our 6th consecutive year to participate. Mark's grandmother was always someone who he looked up to with great admiration. He is her first born grandchild and he loved spending time with her as he grew up. She taught him a lot about life. Mark's mother passed away in 2011 at the young age of 57, leaving a hole in his heart that a Grandmother would understand how to fill. His grandmother unfortunately could not. There were good days and bad, but most of the time although she seemed to sometimes recognize his face, she had no idea who he was. She would often introduce him to the nurses at her care facility as one of her brothers children, but even those days are gone. She used to ask the same question literally every 5 minutes and the memories all seemed to be of her youth, long before Mark was blessed with a grandmother, but even those days of memories faded as time went on. Towards the end of her life, Mark's grandmother had trouble putting together a complete sentence or even a phrase. She had developed this deflecting, defensive little laugh that she used to try to hide the issues she was having communicating but that was just a last ditch effort at some sort of "saving face", if you will. This disease is mean, heartless and without compassion for any it affects. It took one of the strongest women we knew, a woman who was married for more than 52 years before her husband passed, raised 7 adopted children beautifully and cared for more than 26 foster children, and literally obliterated her. Mark's grandmother whom he and we all still love and miss greatly, became just a shell of what she once was. During the final month of her life, she was unable to communicate, eat or drink on her own, use the restroom on her own, dress herself, or even walk. Please, let's do everything we can so that the suffering and pain can stop. We wouldn't wish this on any one and hope you can find it in your heart to support Mark and our team in this walk to end Alzheimer's. Thank you!!!! Thank you for joining the movement! The end of Alzheimer's disease starts with you.