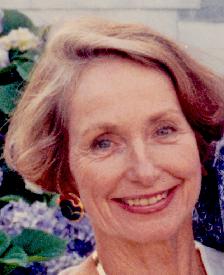 Mary Jo Hall, 80, died from complications related to Alzheimer's Disease on March 4, 2014. She had battled the disease for more than a decade.

Mary Jo's biggest fear was Alzheimer's Disease, after watching her mother and numerous uncles succumb to it. She always said her greatest wish was to live long enough to see her grandchildren grow up, but she was robbed of the opportunity by this malicious disease.

Despite her initial despair when diagnosed with AD, she participated in extensive clinical studies at Georgetown University and Yale in order to help those who contracted the disease after her.

Although Mary Jo struggled with the crippling effects of the disease over the years, her sweet smile never left her. Even when she had lost most of her ability to function independently, she was still able to recognize many friends and family members by sight and took comfort in never feeling alone.

For all the years she suffered, and even toward the end as she grew weaker and less engaged, it was something to behold whenever her eyes settled on her beloved Buzz, whose presence never failed to light up her face.

We thank you for your kind donation to the Alzheimer's Association in memory of Mary Jo, and hope that together we can protect future generations from this devastating disease.