Mission Fed for the Cause 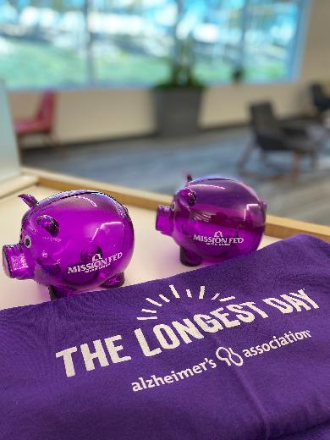 The Longest Day is the day of the year with the most light — the summer solstice. And it's the day Mission Fed has committed to fight Alzheimer's disease! We're participating in The Longest Day, a fundraising event to advance the care, support and research efforts of the Alzheimer's Association. Mission Fed is also very proud to be the title sponsor for Alzheimer's & Brain Awareness Month all throughout June in San Diego. Many of our employees, board members and members' families have been touched by this disease and we want to help.

Did you know that Alzheimer's is the most expensive disease in America, and one of the most feared? Left unchecked, it can destroy finances, families and futures.

Stand up to the darkness of Alzheimer’s and join us in making a donation today to help the Alzheimer's Association support all those facing the disease. Thank you!