Make a general donation to the 2023 Walk to End Alzheimer's - Manhattan, NY

loved ones, and our own future. 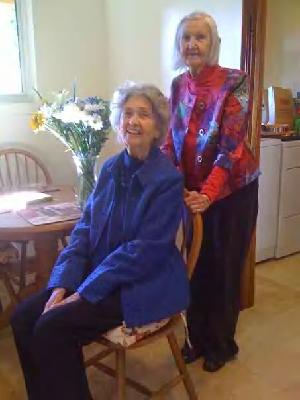 There were two sisters, Marjorie and Billie Jean, born in Texas and raised on a dairy farm in Arizona during the Depression.  They were both beautiful: Billie Jean with her bright, impossibly blue eyes and bubble-cheeked smile, Marjorie with her classic dark French sophistication.