Make a general donation to the 2023 Walk to End Alzheimer's - Triangle (Raleigh-Durham), NC 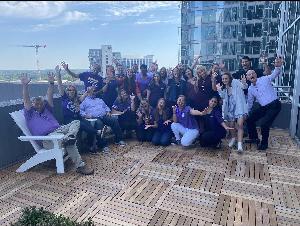 When Pat McKee and his brother, Mike, formed McKee Homes  they dedicated the company to the memory of their father, Joe McKee, who succumbed to this devastating disease after a ten-year battle.

The McKee family – Pat, Mike and their mother, Shirley – wanted to do more to honor a beloved father and husband. In the hope that one day other families may not have to face the heartbreak wreaked by Alzheimer’s, they established the Joe McKee Memorial Alzheimer Fund. A percentage of every home sale by McKee Homes goes into this fund to support Alzheimer’s research and care. In addition, the McKees work closely with the Eastern North Carolina Service Area of the Alzheimer’s Association®, supporting efforts such as the Walk to End Alzheimer’s™.