Kieran is fundraising to honor 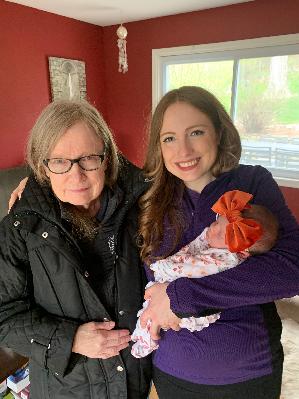 My mom, Eimear and myself

Six years ago, I learned about dementia for the first time in medical school. As I was listening to the lecturer, my heart sank as I realized that my mother was displaying many of the symptoms suggestive of the disease. After class that day, I came home and administered a “mini-cognitive test” to my mom. My mom: an educated, former emergency room nurse, failed with flying colors. She had symptoms that I had previously brushed off as being due to stress: missing payment on bills, forgetting her hair appointments, making up stories to fill memory gaps. Alzheimer’s Disease can be easy to miss early on, especially in people who develop the disease at a young age like my mom. The Alzheimer’s Association coordinates public awareness campaigns to teach our communities signs to look out for to help with earlier detection of the disease.

Since my mom's initial diagnosis, she has gradually became more dependent on her family to keep her safe. We had to "wander proof" my childhood home to make sure my mom would not leave unsupervised and get lost. We had to hid the garbage so that she would not dig through it. She no longer remembers to bathe or feed herself. She has trouble making it to the bathroom on time. She gets agitated at times with the family who is only trying to take care of her. She often talks in "gibberish" to people who aren't there. She doesn't remember who her husband and children are.

To say that slowly losing my mom has been challenging is an understatement. However even more tragic is knowing that my daughter, Eimear, who was born 10 days after my mom's birthday, will never know her grandma like how I did.

So this year I am not walking only for my mother, but also for Eimear who has already lost so much due to this thief of a disease.

The Alzheimer’s Association helps support patients and their loved ones through resources including a 24/7 help hotline that can be lifesaving. And most importantly, they advocate for and promote research in hopes for a future without Alzheimer's Disease. Please consider donating to help those suffering now and to ultimately find a cure for the disease. On behalf of my mother, Eimear, my family and myself: thank you for taking the time to read our story. I hope you consider joining the fight to #endalz.

To learn more about my family's fight with Alzheimer's Disease, check out the following links:

Dementia Podcast from The Word on Medicine

Alz You Need is Love
Join My Team

View: Alz You Need is Love
Join My Team