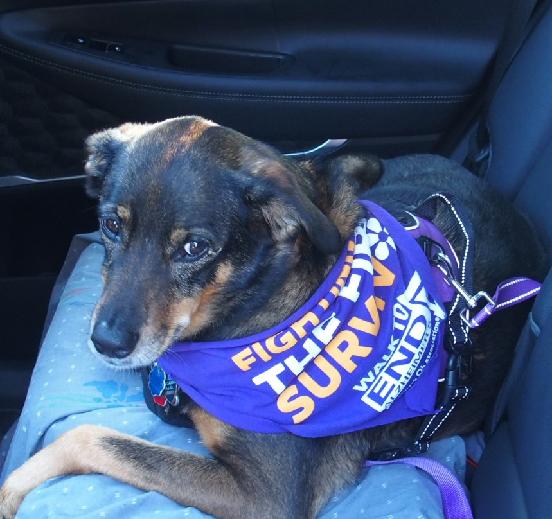 Though times are very different, the disease remains the same. We MUST beat Alzheimer's. Memory Joggers will  Walk to End Alzheimer's on Sunday, September 18th at 10:00 for our 19th year participating in the walk. The main walk will  be at the Summerfest Grounds where thousands of individuals and teams will walk to end Alzheimer's.

Memory Joggers will walk at Muskego Park in memory of those we love but lost to Alzheimer's. We'll also take time to honor the many who are continuing to fight to win their personal fight. We'll walk with hope and faith that someday, Alzheimer's will be a memory.

I started Memory Joggers for my Mom, Alice Greenwood, who lost her fight in 2008. She would be greatly honored to know we still fight for her and the many we love who also lost their battle. Who did YOU have to say good bye to? Who is the one who is fighting the disease right now, the friend, the family member, the neighbor? Who can YOU help by walking, by donating, by  volunteering? Join Memory Joggers to #ENDALZ. #Walk2EndAlz

A SPECIAL THANKS TO ALL CAREGIVERS WHO TAKE CARE OF OUR LOVED ONES, ESPECIALLY DURING THESE MOST DIFFICULT TIMES. GOD BLESS AND GIVE THEM THE KNOWLEDGE, PATIENCE AND SKILLS THEY NEED FOR SUCH A DEMANDING JOB.