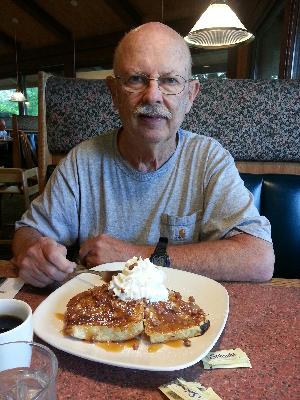 Ranger Bob spent his career as a Washington State Park Ranger. Three years ago he was diagnosed with Alzheimer's and most recently Lewy Body Dementia, Frontal temporal dementia and Parkinson's . Bob is slowly disappearing into his own mind. He's fighting this to his best ability square dancing several times a week and taking several walks a day and taking time to notice nature all around him. He is also involved in a research study to help find a medicine that may slow or even stop the progression of this heartbreaking disease. Please support our team by joining our team and walking with us, making a donation or both.