Make a general donation to the 2022 Walk to End Alzheimer's - Katy, TX

Jan is fundraising to honor 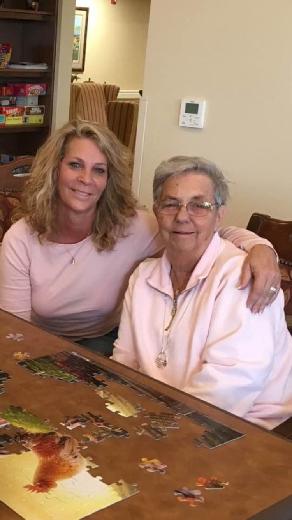 Mom passed away on May 22, 2022 from complications of COVID. Mom suffered for over 14 years with Alzheimer's. The past 8 and a half years since our Dad passed away have drawn my siblings closer as we became the primary caregivers. This is a very tough disease to watch as your loved one drifts away and there is absolutely nothing you can do about it!

People age 65 and older survive an average of four to eight years after a diagnosis of Alzheimer’s dementia, yet some live as long as 20 years. This reflects the slow, uncertain progression of the disease.

This will be the 9th year the Forget Me Not Team will be involved with the Katy Walk to End Alzheimer's. Over the past 8 years the Forget Me Not Team has raised $62,190. Millions of Americans are living with Alzheimer’s or other dementias. As the size of the U.S. population age 65 and older continues to grow, so too will the number and proportion of Americans with Alzheimer’s or other dementias. This is because the risk of dementia increases with advancing age. More than 6.5 million American families are facing this crippling, progressive disease which cannot be prevented, cured or slowed. Seventy-three percent are 75 and older. One in nine people 65 and older (10.7%) has Alzheimer’s. Almost two-thirds of Americans with Alzheimer's disease are women. The population of Americans age 65 and older is projected to grow from 58 million in 2021 to 88 million by 2050. The baby-boom generation (Americans born between 1946 and 1964) has already begun to reach age 65 and beyond, the age of greatest risk of Alzheimer’s, in fact, the oldest members of the baby-boom generation turned aged 75 in 2021. In 2022, Alzheimer’s and other dementias cost the nation $321 billion. By 2050, these costs could rise to nearly $1 trillion.

I continue my commitment to fight this disease. I need your support to do my part. Please consider supporting my efforts by joining the Forget Me Not Team and/or with a donation to fight this incurable disease and help the Alzheimer's Association advance research into methods of treatment, prevention and, ultimately, a cure for Alzheimer's. This event raises awareness and funds for Alzheimer's research, care, education and support in communities nationwide.

Thank you for joining the movement! The end of Alzheimer's disease starts with you!

Forget Me Not
Join My Team

View: Forget Me Not
Join My Team