Make a general donation to the 2022 Walk to End Alzheimer's - Houston, TX 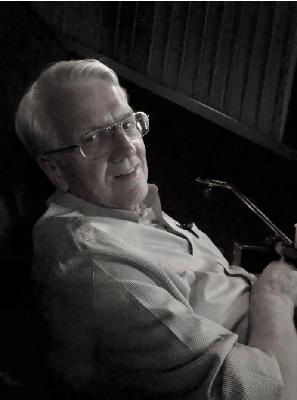 In memory of "Mr Hans"

Team page of A Walk To Remember...

Hans passed peacefully in his sleep at home in Webster Texas on February 27, 2022, after a long battle with Alzheimer’s. He had just celebrated his eightieth birthday.

He was born in Copenhagen, Denmark, on January 18, 1942, to Mogens Engelbrecht Andreasen and Lilly Gerda Marie Johnsen.

He is survived by his beloved wife Eulalia F. Castro of Webster Texas and their beautifully blended family of nine children, twenty-seven grandchildren, six great-grandchildren, and his four younger siblings.

“Mr. Hans” (as he was affectionately known in the workplace) was a proud Danish immigrant who achieved the American dream. A butcher by trade, he came to the United States in 1970 and used his expertise to become one of the leading production efficiency experts in the meatpacking industry.

In 1993, he purchased a small printing company, Houston Label, and turned it into one of the top label manufacturers in the southeastern US, servicing customers nationwide. In 2008 Mr. Hans was diagnosed with Alzheimer’s and had to retire. Today, the company remains in the family under the leadership of his beloved wife Eulalia and their daughter Nina.

A genius of a man, Mr. Hans was an inspirational leader and a successful entrepreneur that did things his way. Tall, strong, and proud with a commanding presence, he was also humble with a joyful disposition. He had a kind and generous nature which he extended to all whom he encountered. Throughout life he led by example and was the patriarch of a very large and loving family.

Emblematic of his self-determination, both personally and professionally, are the words of Frank Sinatra:

/And now, as tears subside

Hans had an inquisitive mind and took a deep interest in the world around him. He loved discussing history, politics, and traveling the world. A self-proclaimed nerd at heart, he was a master problem solver and had a passion for the latest technology and gadgets.

Hans’ strong yet gentle grace and magnanimous spirit will be missed by his many friends and loved ones.

We thank you for your kind and generous support in the fight against Alzheimer’s. With lots of love, The Ryholt Family.