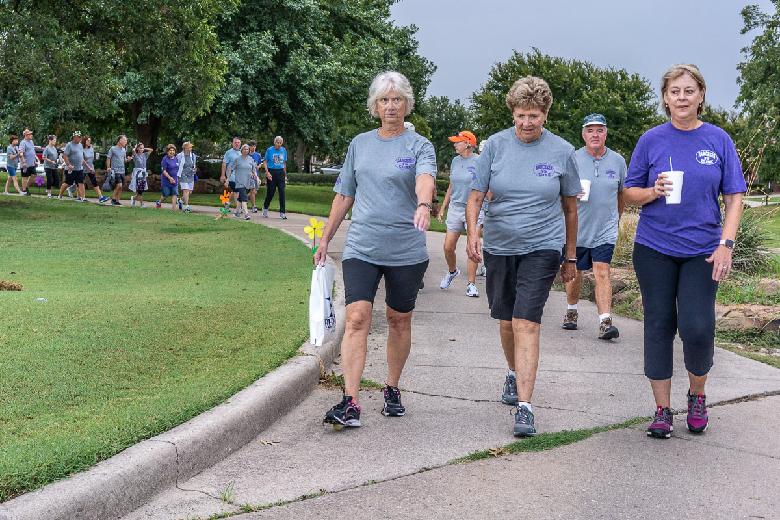 Rancher's for the Cure, at Heritage Ranch in Fairview Texas, formed in 2016.  Each year we have grown in numbers and have expanded our fundraising goal.  This year we expect to raise $75,000.  We host a Chip-in Fore Charity Golf Tournament, a Fashion & Trunk Show Luncheon, a Heritage Ranch Walk to End Alzheimer's with a Silent Auction, and a Purple Glitz & Glam Gala with a Silent and Live Auction. We terminate our efforts by participating in the Alzheimer's Association's Grandscape Walk to End Alzheimer's.  Team members support and participate in as many of the activities as possible, as well as being advocates by spreading the word about Alzheimer's.  This disease is relentless. But, so are we! Please join our team, raising money for the Alzheimer's Association Walk to End Alzheimer's®, the world’s largest event to raise awareness and funds for Alzheimer’s care, support and research.

Our Walk
2022 Walk to End Alzheimer's - Grandscape in The Colony Presented by NFM and Grandscape
Saturday, October 22nd, 2022