Make a general donation to the 2022 Walk to End Alzheimer's - Greenville, SC 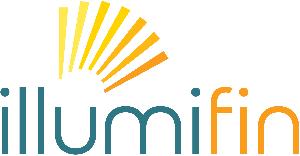 Why do we walk?

Between 2000 and 2019, deaths from heart disease, the leading cause of death, decreased 7.3% while deaths from Alzheimer’s disease increased 145%! In 2022, Alzheimer’s and other dementias will cost the U.S.$321billion, including $206 billion in Medicare and Medicaid payments combined. Unless a treatment to slow, stop or prevent the disease is developed, these costs are expected to rise to nearly $1 trillion by 2050:

• People living with Alzheimer's or other dementias have twice as many hospital stays per year as other older people.

• Medicare beneficiaries with Alzheimer's or other dementias are more likely than those without dementia to have other chronic conditions, such as heart disease, diabetes and kidney disease.

• Older people living with Alzheimer’s or other dementias have more skilled nursing facility stays and home health care visits per year than other older people.

• People living with Alzheimer's or other dementias make up a large proportion of all elderly people who receive adult day services and nursing home care.

We see these effects first-hand through the work we do for our carrier clients’ policyholders and their family members. The first survivor of Alzheimer’s is out there, but we won’t get there without the help and support of all of us! Critical funds are needed to continue to expand Alzheimer’s care, support, research and advocacy.