Kristin is fundraising to honor 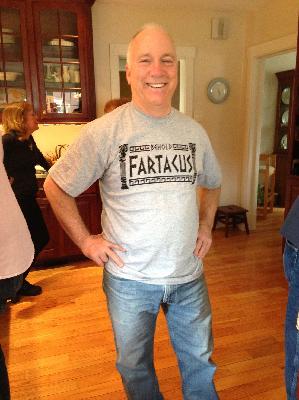 We are walking a little differently this year as Team Dan Dan's PPA Fans in remembrance of my dad, who passed away in March after his seven year battle with Alzheimer’s. He had such a bright and positive outlook on life, but really lost himself in his last year. Although, he didn’t leave us without one last “Dan” move. In his last hours, he stopped breathing for 5 minutes; we wrote the time and made the call to hospice, only for Dan to begin breathing again. He gave an eyebrow raise that only a couple of us saw as if to say “watch this” before he pulled his stunt. He participated in research studies and donated his brain all in efforts to find a cure for this awful disease. We need to continue his fight to find a cure so that others don’t need to suffer. We all miss the fun, humorous, and outgoing dad/husband/brother/cousin/friend that Dan was. My family will be walking socially distant on a trail of our choice this year, dressed in our purple to bring awareness. Please consider donating and walking on your own in honor of Dan.