Make a general donation to the 2022 Walk to End Alzheimer's - Rehoboth Beach, DE 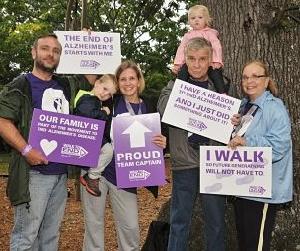 Grammy's Gang is united in a movement to reclaim the future for millions. Join our team for the Alzheimer's Association Walk to End Alzheimer's®, the nation's largest event to raise awareness and funds to fight Alzheimer's disease. Together, we can advance research to treat and prevent Alzheimer's, and provide programs and support to improve the lives of millions of affected Americans. This year will be so much more meaningful, as we walk in memory of Grammy, whose battle with Alzheimer's ended peacefully on August 1, 2015.