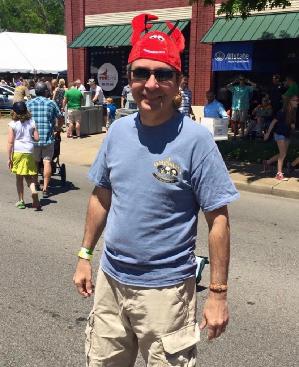 I'm leading the way to Alzheimer's first survivor by participating in the Alzheimer's Association Walk to End Alzheimer's. Currently, more than 5 million Americans have Alzheimer's and that number is expected to grow to as many as 14 million by 2050. Our future is at risk unless we can find a way to change the course of this disease.

About roughly 4 years ago, we sat down and had a very serious discussion. We didn’t know what to expect, but this discussion led to us receiving the news that Scott had been diagnosed with early onset Alzheimer's. Our first thought was of all the people in the world, why him? Why anyone? But especially him. Scott (aka Scooter) is one of the most selfless and caring people anyone has ever met. Scooter is a continuous bright light for anyone who is blessed to have him in their corner. Now more than ever, I am asking everyone to be in his corner as he continues to fight. Together, we can end Alzheimer's disease. Please make a donation to advance the care, support and research efforts of the Alzheimer's Association.