Lynn is fundraising to honor 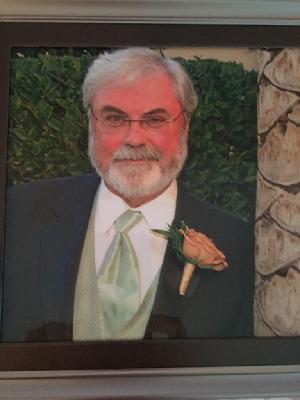 I am walking for my beloved husband, Richie. After two years of ambiguous symtoms & confusing behavior, he was diagnosed with depression, that was when I knew I had to start advocating for my husband and fight for more testing via a neurologist. Rich was diagnosed with Early Onset Alzheimer's in 2010. We traveled a very difficult path together. We had to deal with the decline in mental functioning and physical functioning as well, due to his diagnosis of Severe Spinal Degeneration. Rich walked with a walker and his movement was further hampered by several mild strokes. We moved from our home in North Jersey to our current home in Deptford in June 2011. The best part about moving was that we are now only 10 minutes from our son, Jason, daughter in law, Jennie & 2 fantastic grandchildren Brayden and Bella!

Rich lost his battle against Younger Onset Alzheimer's on 5/29/14. He fought a good fight but in the end the Alzheimer's and various medical issues consumed him. I miss him desparately, the life we had planned for our "golden" years will never happen but I have my memories to sustain me.

I am passionate about the support I can lend to the Alzheimer's Association. They have helped us in so many ways since Rich was diagnosed. It is a comfort to me to know they are there for us.

I'm walking to help reclaim the future for millions. By participating in the Alzheimer's Association Walk to End Alzheimer's, I'm committed to raising awareness and funds for Alzheimer research, care and support.