Suzanne is fundraising to honor 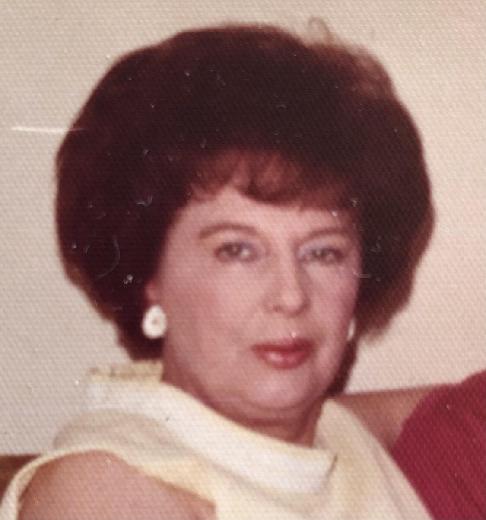 For those who knew my Mother, she was vivacious, charming and a true professional in her career in ladies fashion.  She was always impeccably dressed with her purse, shoes and jewelry matching her outfits. In her younger days she was glamorous and drop-dead gorgeous, and was often told she looked like a movie star!  Her clientele sought her out for her fashion advice.  As someone who could be very impatient, I would marvel at how she would spend hours working with clients pulling together the right clothing and accessories that transformed their appearance and she thrived doing it.

As a "Brit" living in Lawton, Oklahoma, that made Mother somewhat distinctive.  I admire so much her courage and strength coming from London England in 1946 as a war bride to settle in another country and in the much smaller town of Lawton.  While she made Lawton her new home, she remained very British to her core and never lost her English accent.  She was a wonderful mother to me--quite overprotective, but as I later realized that was because of her deep and abiding love.  I lost the person who "was" my Mother way too soon in her mid-60's to Alzheimer's.  She suffered from this terrible disease for 11 years which robbed her of her personality, her ability to speak, and most of all her dignity until she died in 1997.  I choose to remember my Mother as I described her above when she sparkled with life.

I have walked now for over 30 years in annual Alzheimer's walks to help raise money for research to end this horrible disease. My fundraising goal this year is $5,000 and I would be honored if you would help sponsor me with a contribution.   No amount is too small. If you have a loved one who has been affected by Alzheimer's, I encourage you to make your contribution in memory or in honor of them.  Will you please join me in this effort to find a cure?  Together we can truly make a difference in the efforts to end Alzheimer's. Thank you for your valuable support!

Forever In Our Hearts
Join My Team

View: Forever In Our Hearts
Join My Team