Joy is fundraising to honor 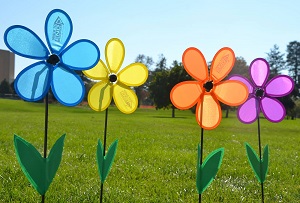 I am walking to help raise awareness of the effect of dementia on my husband, families, society, and potentially the federal budget. In 2005 my husband of 64 years, Harlan Foster, and I were told that he had dementia. He was having trouble remembering. As the months passed he would say to me, "I don't remember ANYTHING" and ultimately that was exactly true. My jack-of-all-trades Architectural Engineer could no longer remember his name, my name, or any of his past. Nothing had a name and he couldn't even use a screwdriver. We lived at home together until April of 2014 when he moved to the Norman Veterans Center because I could no longer provide the care he needed. Harlan died in his sleep on January 8, 2018.

I'm walking to help reclaim the future for millions. By participating in the Alzheimer's Association Walk to End Alzheimer's®, I'm committed to raising awareness and funds for Alzheimer’s research, care and support. Dementia is the umbrella term under which Alzheimer's, and all other forms of dementia reside. Although my personal journey has ended, I will continue to work to fund research for those still fighting and those at risk. I don't want to see my children, grandchildren, great grandchildren, or yours become victims of this disease.

Currently, more than 5 million Americans have Alzheimer's and that number is expected to grow to as many as 16 million by 2050. Our future is at risk unless we can find a way to change the course of this disease. No one with dementia gets better. The road on this journey may vary but the destination is the same for everyone with this diagnosis.

I need your support to reach my goal! Please make a donation to help the Alzheimer's Association advance research into methods of treatment, prevention and, ultimately, a cure for Alzheimer's. For the millions already affected by the disease, the Association offers care, education, support and resources in communities nationwide.