Make a general donation to the 2022 Walk to End Alzheimer's - Toledo, OH

Emily is fundraising to honor 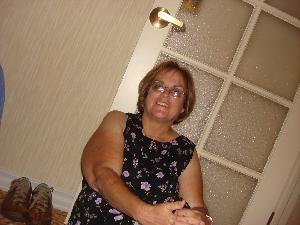 The Reason We Walk

In June 2005, at age 48, Toni Baker was diagnosed with early-onset Alzheimer’s disease.  The diagnosis came only with the promise of mildly effective treatments and the faint glimmer of a future cure. Nearly six million Americans live in the looming shadow of this death sentence.  Only 200,000 are under 65 years of age.  Alzheimer’s is the sixth-leading cause of death in the United States.  It is the only cause of death among the top ten that cannot be prevented or cured; its progress cannot even be slowed.  At best, doctors can treatment symptoms of the disease, masking its inevitable march.

The cost of this disease is enormous.  The Alzheimer’s Association estimates Alzheimer's and other dementias will cost the nation 290 billion dollars.  Further, there are more than 16 million Alzheimer’s and dementia caregivers providing 18.5 billion hours of unpaid care valued at $234 billion.  Toni’s husband Chuck; her daughters Heather and Carrie; her twin sister Molly and Molly’s husband Tom; her older sister Marty; and countless friends and family members selflessly sacrificed tens of thousands of hours over six years to support Toni as well as each other.

The key to the fight against Alzheimer’s disease is support.  Please help Toni’s Team by making a tax-deductibledonation.  You can visit my personal fundraising page to make a secure credit card donation online or download and print the paper form on my page to mail in with a check. All donations benefit the care, support and research efforts of the Alzheimer's Association — and every dollar makes a difference in this fight.

If you cannot afford a cash donation, we encourage you to volunteer at a local Alzheimer’s care facility, come out to walk with us on October 8, 2022 or offer to help someone you know who is caring for an Alzheimer’s patient.  Even an hour or two to run errands, or to relax and refocus, will be invaluable.

Six years after the diagnosis, Toni’s story reached its final pages. Scientists still research the disease, still seek new, more effective treatments, still search for a cure.  At its core, their search still is for an explanation for what causes this disease.