Make a general donation to the 2022 Walk to End Alzheimer's - Manhattan, NY

Cory is fundraising to honor 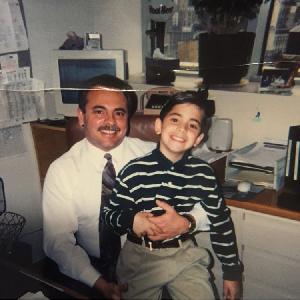 In honor of my father Gene who is currently living with Alzheimer’s Disease I’m raising funds and awareness to advance the fight against Alzheimer’s Disease —funds that allow the Alzheimer’s Association® to provide 24/7 care and support while accelerating critical research. My father is a very hard-working man, who gave his family everything he could. Growing up I always admired how much he cared for others and was always willing to help. Even after his diagnosis he continued that desire to help others by participating in as many clinical trials as possible and still does today. I remember him telling me in the beginning that the clinical trials were probably not going to save him but if he could do anything to save someone from this terrible disease in the future, he was all in! Today I am going to join my father in that fight to help end this disease and have set a goal of $10,000. I am asking you to join me in this fight, to reach my personal goal, and to help achieve and surpass “Team CFCP™ for Gene” $1 Million goal. Every bit counts! Thank you from my family to yours!