Make a general donation to the 2022 Walk to End Alzheimer's - Rockland County, NY 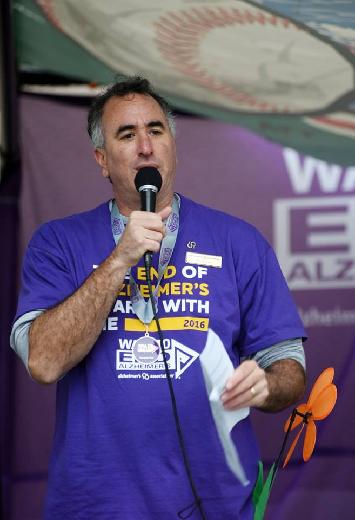 During these times, Alzheimer's Association needs your help now more than ever.  As the Executive Director of the Hudson Valley Chapter, I often say that Alzheimer's was here before Covid, and regrettably, it will be here after Covid.

This year, our Rockland Walk is on October 16th at Clover (Boulders) Stadium!

Once again, I will be a member of team #goforgold, which will be walking in honor of my friend Marni's dad, Howard Gold.  It is great to give a donation, but even better, come join team #goforgold by clicking on the yellow "Join my Team" button below, and raise funds yourself.

Read on for some information about Alzheimer's and dementia if you are interested:

The numbers are staggering -

Once again, if you would like to support me (any amount is appreciated!) click the yellow "Donate" button below.

Thank you so much for your support, it is so appreciated!