Sharyn is fundraising to honor 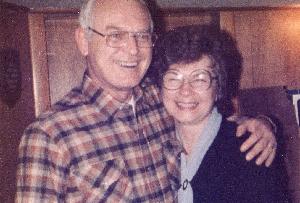 It was Jan 2nd, 2017 when we first found out. It was totally by accident. We'd spent the day before Christmas in the ER with Mom. Turns out, after a few tests and a CT scan, she had a bad case of vertigo. She was sent off with some medications and all was good. I was relieved it wasn't something more serious.

However, the follow-up visit with her doctor a few days later told a more detailed story. The CT scan showed moderate dementia. Her brain was shrinking and the valleys were deepening. In one way it was enlightening. All the changes I'd been seeing added up to something identifiable. Yet it was also unbelievably sad because there is no cure and I had some idea of how the days, weeks, and months to come would progress. I went home and read everything I could find about dementia.

I watched as routine things my mother used to do became difficult as she passed more and more of her responsibilities on to me. With the help of the Alzheimer's Association, my husband and I became educated in what to expect and how to deal with this terrible disease. It is a long, slow, agonizing disease with no cure and it not only affects the person with the disease, but it also affects everyone around them. I will be forever grateful for the assistance I received from the Alzheimer's Association. And while my mother is now in a wonderful facility receiving top-rated care, the pain and heartbreak of watching her mind recede into the past will never leave me.

Families facing Alzheimer's and all other forms of dementia need us now more than ever - and with your help, we can be there for them. I have committed to participating in the Walk to End Alzheimer's to raise money for this special cause. Please consider donating whatever you can to support my fundraising effort.

The Memory Keepers
Join My Team