Make a general donation to the 2022 Walk to End Alzheimer's - Charlotte, NC 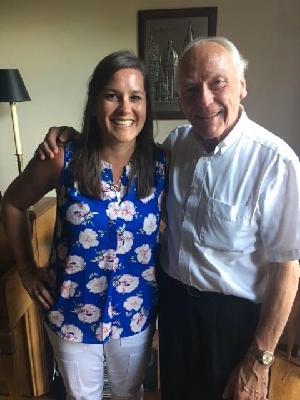 My family has been touched for generations by this terrible disease. When my father was diagnosed in 2021 with stage 5/6 I wanted to be proactive and do something to raise awareness and support to find a cure.  Many of you know my father and you have also been touched by Alzheimer’s. By joining Stephanie’s Team To End Alzheimer’s you won’t only be honoring my father, but you also will be honoring all who have been touched by this awful disease.

Join me in raising awareness and finding a cure for Alzheimer’s!